What is Ceylon green tea?

Ceylon green tea sometimes referred to as Sri Lankan tea is a popular black tea. It is available in two forms: iced tea, which is more popular, and regular heated tea.

It is a widely consumed beverage among tea consumers all around the world. The honey golden fluid and lightness of the high-grown black tea make it one of the greatest teas with a distinct taste, fragrance, and power. Keep reading to learn Ceylon green tea benefits and side effects

The beverage of low-grown teas is a burgundy dark color and has a stronger flavor. The teas from the middle of the growing season are powerful, rich, and full-bodied. Ceylon black tea is well-known around the world and is the foundation for numerous blends, including Earl Grey tea and other fruit-flavored teas. 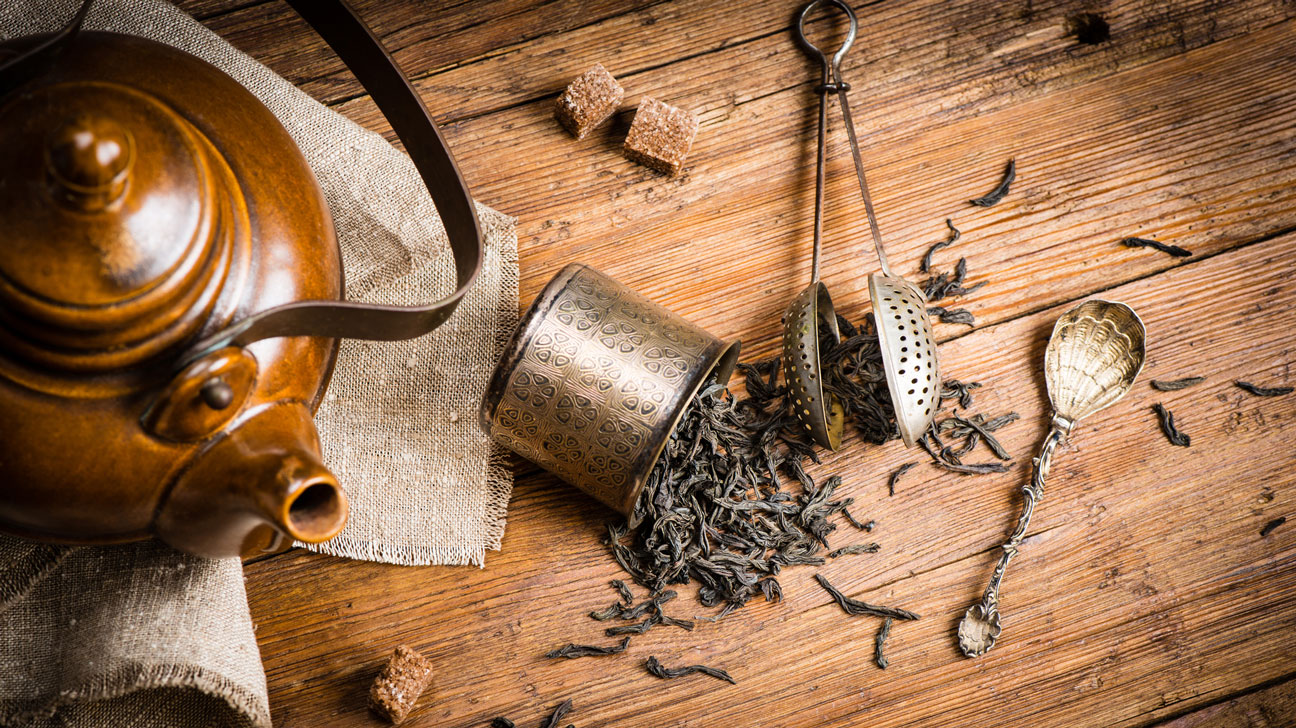 What is the Ceylon Tea’s Nutritional Value?

Ceylon tea contains no calories when drank without milk or sugar. Polyphenols, which are plentiful in Ceylon tea, have several beneficial impacts on the human body. Ceylon tea has a significant quantity of potassium.

Potassium aids in the management of blood pressure and cholesterol levels. Ceylon tea, in its dark form, has a lot of caffeine. The higher the caffeine concentration of your tea, the longer you steep it in warm water.

When eaten in moderation, Ceylon tea may be a safe and healthful supplement to your diet. However, depending on the variety of tea, it contains 14–61 mg of caffeine per serving.

White Ceylon tea leaves are the least processed and are dried in the sun. As a result, white tea contains more antioxidants than green or black tea. GABA, which affects a variety of human functions, is abundant in Ceylon white tea.

Some of the major health advantages of Ceylon Green Tea are listed below:

1. Good for the heart

The heart is protected and strengthened by this herb. Ceylon tea has a significant quantity of potassium, which is an important component of heart health since it acts as a vasodilator.

This means it reduces blood vessel and artery tension, enabling your blood pressure to return to normal, healthy levels and reducing the load on your heart. Drinking Ceylon tea on a regular basis can help your heart health in the long term. 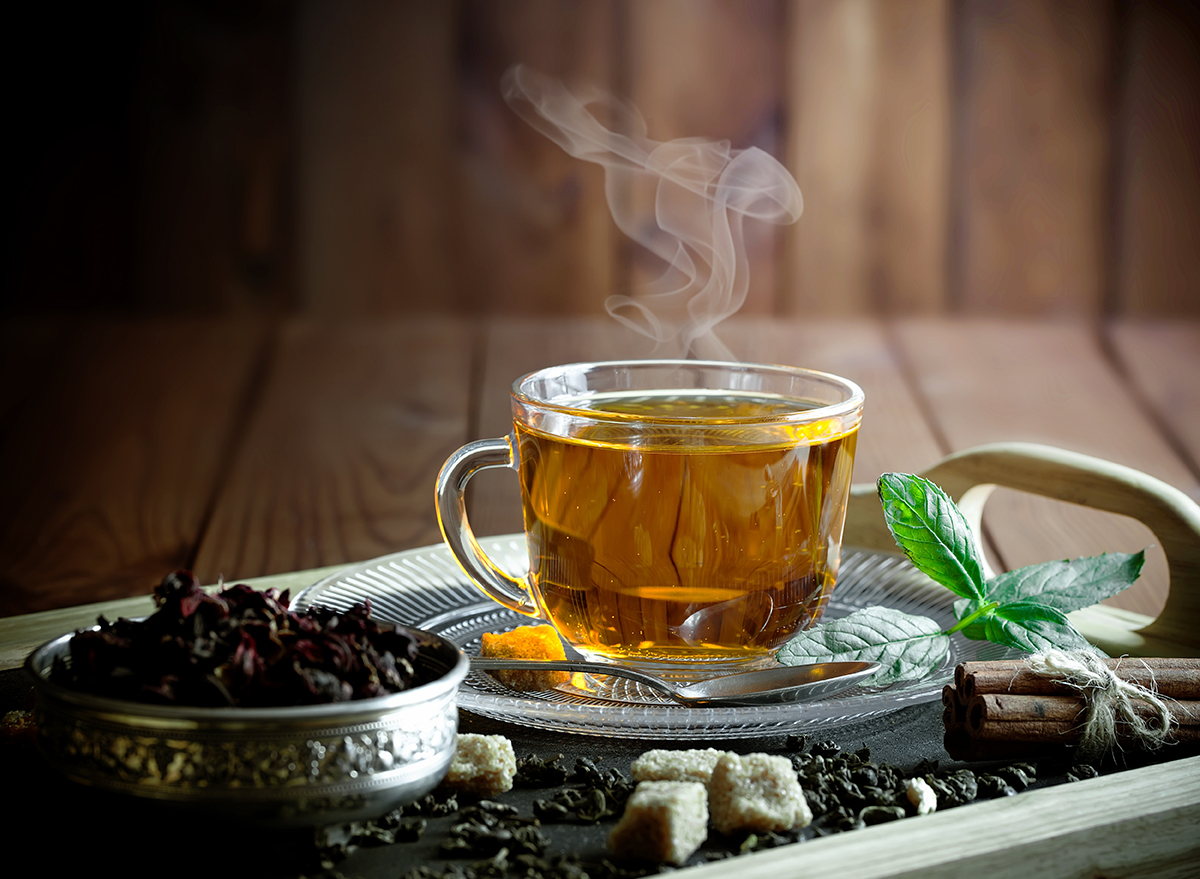 Ceylon tea is also high in antioxidants, which can help decrease oxidative stress and remove the presence of free radicals in the body, allowing the immune system to focus on fighting and avoiding illnesses.

Ceylon tea includes a moderate amount of caffeine, which can aid in cognitive enhancement as well as mental alertness and attentiveness. It can also provide a significant surge of energy to help you get out of your morning funk. In the long term, drinking Ceylon tea in moderation every day will boost your energy levels.

4. Promotes the health of the skin

Ceylon tea contains antioxidants that are known to minimize oxidative stress in the surrounding cells, hence reducing collagen loss in the skin.

Collagen is necessary for maintaining the skin’s elasticity and firmness, as well as ensuring that it remains tight and robust. As a result, drinking Ceylon tea can help you avoid oxidative stress while also promoting healthier, blemish-free, and youthful skin. 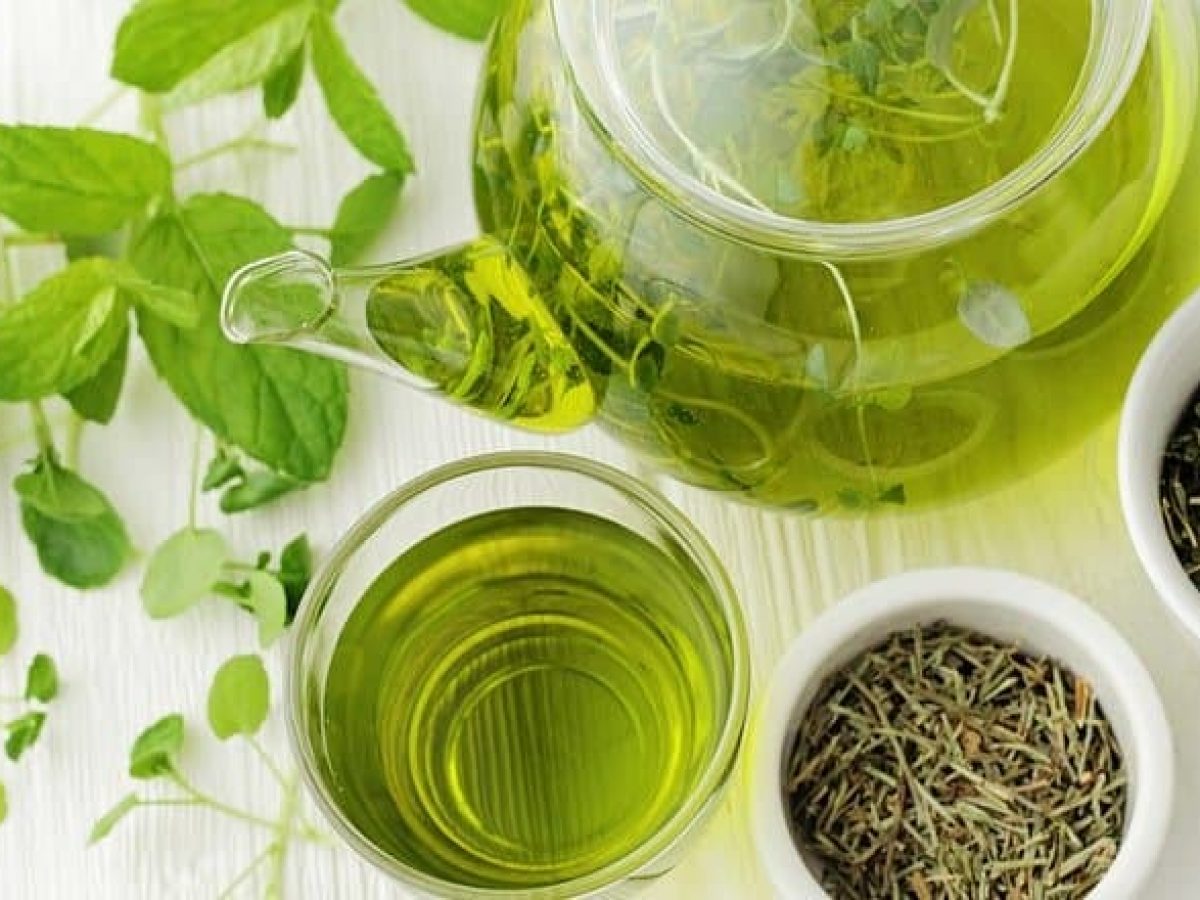 Ceylon tea has been linked in studies to assisting in the removal of kidney stones. This is due to the caffeine concentration of this beverage, as well as the presence of antioxidants in this tea.

6. Prevents the development of chronic illnesses

Ceylon tea has a variety of antioxidants that benefit the human body in a variety of ways. Theaflavins and thearubigins, two chemicals contained in this tea, have been shown to prevent cancer from spreading. It can also protect against cellular mutation and oxidative damage.

7. Aids in the management of diabetes

Ceylon tea can assist to manage glucose and insulin levels in the body, preventing the harmful spikes and decreases that can occur in people with diabetes.

Osteoporosis is a disease that primarily affects the elderly. It is characterized by a decrease in bone density and degeneration of bone structure, resulting in weak bones.

Regular drinking of Ceylon tea has been demonstrated in studies to minimize bone loss and lessen the incidence of bone fractures in the elderly.

This is due to Ceylon tea’s antioxidant and anti-inflammatory characteristics, which help reduce oxidative damage and increase the survival of osteoclasts, a kind of bone cell. Ceylon tea may also promote the growth and development of bone cells.

Ceylon tea is one of the most effective weight-loss solutions available. Ceylon tea has the ability to boost metabolism, which means your body burns fat more quickly.

You don’t even need to make any dietary or lifestyle adjustments. Giving your metabolism a boost with Ceylon tea will immediately quadruple your calorie-burning efforts.

Ceylon tea is high in antioxidants including theaflavins and thearubigins, which are potent antioxidants that help combat cancer-causing free radicals.

They’ve also been demonstrated to diminish the growth of tumors and minimize the risk of heart disease. Ceylon tea offers a variety of antiviral, antibacterial, and anti-inflammatory properties that aid in weight loss as well as the treatment of ailments like arthritis. Ceylon tea also helps to maintain skin health by reducing the loss of collagen.

Hopefully, you have enjoyed this article on Ceylon green tea benefits and side effects! Drinking tea is one of the awesome healthy habits a person can have. 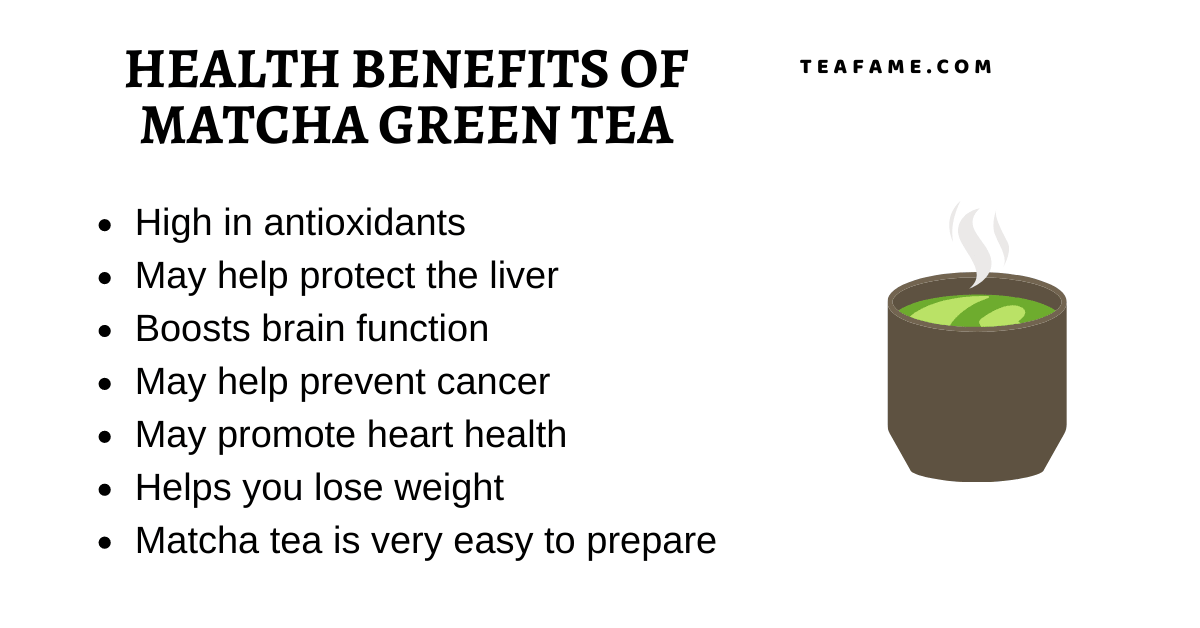 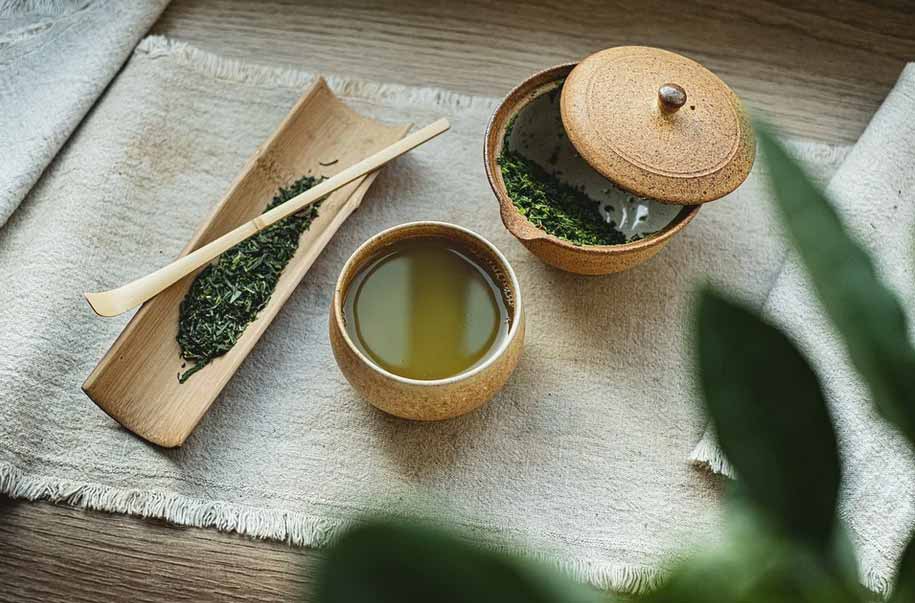 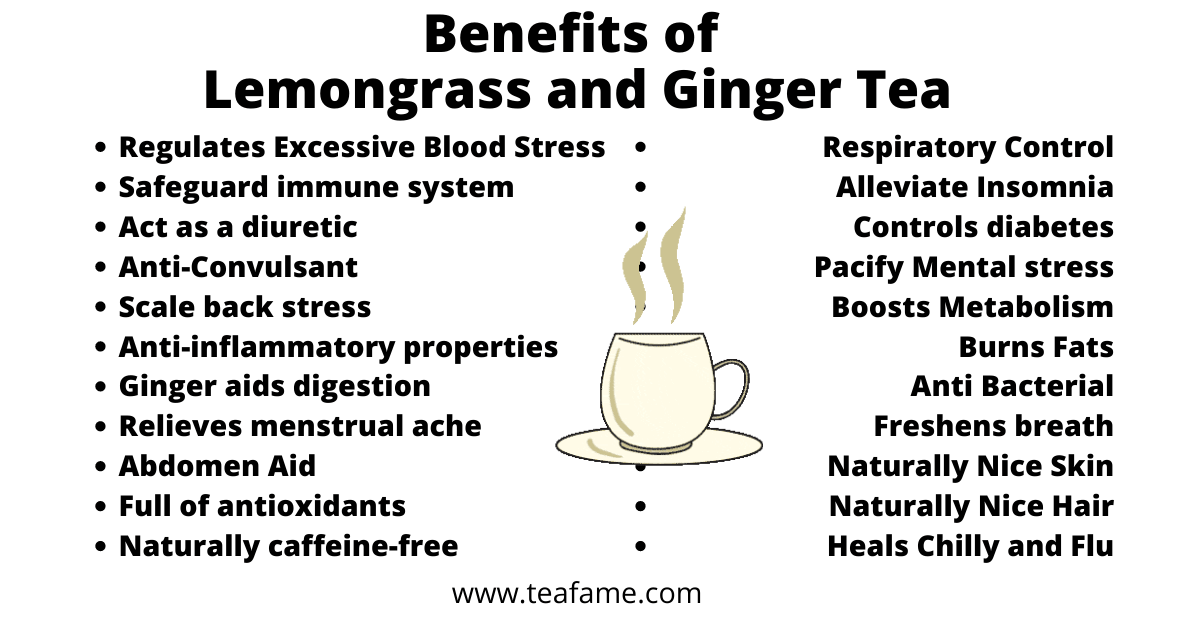