According to the Kaspersky poll, 70% of kids between the ages of 14 and 16 want to talk to their parents about online hazards, and around half of them are even willing to accept that particular websites, applications, and activities are prohibited. There is no getting around the fact that both parents and children must adjust to life in the digital era. Children expect their parents to be involved.

Unfortunately, these conversations don’t take place as frequently as they ought to. According to a Pew Research Center survey, just 36% of parents say they routinely talk to their child about their online behavior toward others while 40% of parents said they regularly talk to their kids about what to disclose online. These statistics show that many children are using the internet almost entirely without parental supervision, which is not ideal. Kaspersky Lab found that many parents are unaware of what their children are doing online. Here are a few of the survey’s main conclusions:

Surveys like that conducted by Kaspersky Lab serve as sharp reminders that parents must be present in their children’s online life. We may be able to prevent difficulties like cyberbullying, which is linked to long-term mental health conditions like depression and anxiety, by teaching young children to appropriate online behavior and interaction. It’s clear that we need to do a better job of educating children on how to act online and what to do if they have been a victim of cyberbullying given that around 12 percent of U.S. children report having engaged in the behavior and 34 percent have been the victim of it.

The sexual exposure or coercion of another person through the broadcast of obscene, humiliating, or personal images is known as sextortion. It’s essentially using someone’s sexual media as a form of blackmail, and it’s a very serious act that, if discovered, might result in severe legal repercussions. The U.S. Department of Justice states that “sextortion is by far the most significantly expanding threat to minors,” and the Cyberbullying Research Center reports that regrettably, 5% of young people say they have been the victim of sextortion. The majority of victims are aware of their attacker, who in some cases is a current or former romantic interest. Over 1,400 instances of sextortion were reported to the National Center for Missing and Exploited Children’s tip line between 2013 and 2016, the group claims.

How do you raise a child in the digital age?

Parenting in the digital era is more challenging due to a variety of emerging internet challenges, including sextortion and cyberbullying. Fortunately, there are various methods to maintain connectivity while protecting children.

1. Keep up with the latest trends.

Respectfully, I’d say it’s just not true. Parents frequently claim that they lack the technological know-how to monitor their child’s internet activities. It’s simple to read articles on parenting, set up internet alerts, and keep up with current technology advancements. You don’t have to be an IT guru to stay informed about what your child is doing online. Additionally, a lot of organizations provide support and tools to make parents feel more connected and less scared.

As soon as feasible, establish precise norms and regulations regarding technological devices. Clearly define prohibited online conduct as well as the penalties for breaking the rules. Be consistent with the terms of the agreement, which is most crucial. Your child will not take the contract seriously if you don’t, and a solid agreement will swiftly degenerate into a farce. 3. Start up talks right away.

There is no better time than now to start talking to your children about their internet activity. These discussions need to be prioritized and scheduled often. Don’t forget that kids spend more than a third of their day online, so it’s crucial that we take the time to give parental guidance to aid them in navigating the virtual world.

Teach your child how to create secure passwords including uppercase and lowercase letters, numbers in order, and special characters (such as $,%, &, and #). Teach children never to use the same password for many accounts and to only reveal their password to a parent.

Children should be made aware of the high level of responsibility that comes with gadget ownership. Teens should follow the golden rule of treating others with respect and kindness both offline and online.

Run arbitrary online searches using your child’s entire name, nicknames, and location (such as their home state or city) to see if any unexpected results come up. Additionally, look for pictures and videos in case your child was mentioned in a post that they weren’t aware of. Work with your kid to get any offensive stuff removed promptly if you notice it. Contact the service provider if necessary to request assistance in removing the content.

Teach youngsters to speak out and report cyberbullying, sexting, or worse, sextortion to website owners and responsible adults if they experience any of these things or become aware that they are happening. We must instill in our children the importance of speaking up and not being silent.

On the plus side, the vast majority of children behave responsibly online. Therefore, everything we are doing now to support our children is working! Despite the difficulties, there are methods to maintain connections while protecting children online. 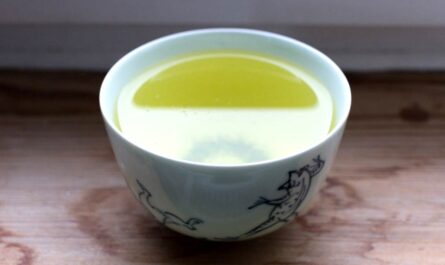